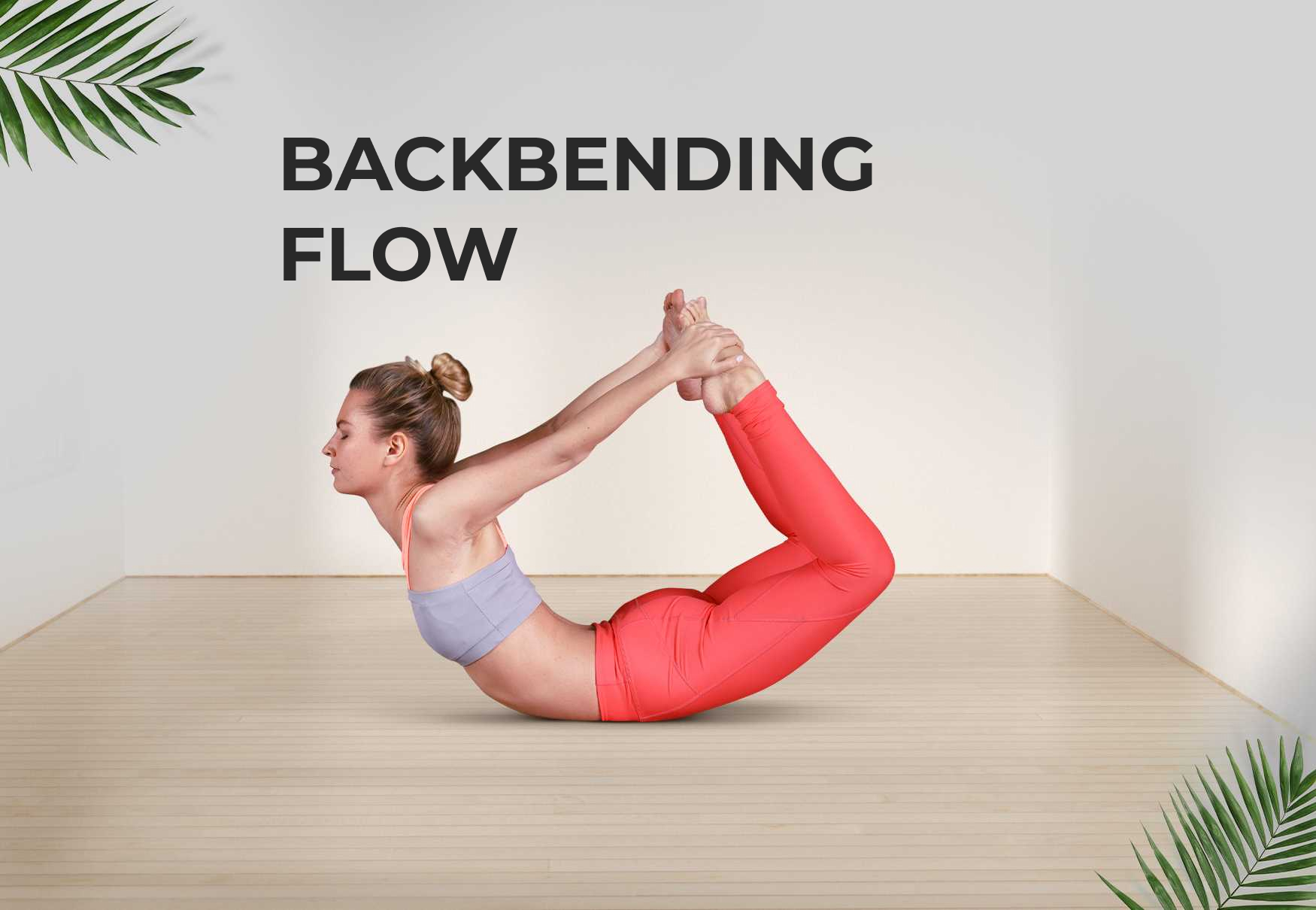 Practicing backbends opens up the front body, increases your hip flexibility, and improves the mobility of your lumbar and thoracic spine. Backbends need to be balanced with an equal amount of quantity and intensity of forward bends.

Where the body is bending with gravity and the muscles on the front of the body are active, helping to control the range and rate of movement. These are poses such as Camel Pose (Ustrasana) or dropping back to Wheel (Urdhva Dhanurasana).

Where the strength of the arms or legs are used to deepen the backbend, poses like Bow (Danurasana) or Cobra (Bhujangasana).

Where the muscles on the back contract to overcome gravity. These are generally poses where you are lying on your front such as Locust (Salabhasana).

This flow is a part of the Vinyasa traditional series. The word “vinyasa” is translated as “arranging something in a special way,” in this case, yoga postures. Vinyasa means to move your body in a synchronised yoga flow with breath as the key. Vinyasa Flow is the world’s most popular yoga form to develop a stronger mind-body connection, to strengthen the body and improve flexibility. It teaches us to cultivate an awareness that links each action to the next one on the mat and in our lives. It focuses on the flow between movements, rather than individual poses.

This popular, flowing style of yoga developed is a sort of "free-form" offshoot of the more methodical Ashtanga Yoga system. Ashtanga Yoga is a powerful and dynamic style of yoga developed in the 20th century by the guru, Sri K. Pattabhi Jois. Ashtanga incorporates the sequence of linked poses called a Vinyasa, but where Ashtanga has a strict structure and precise set of rules, Vinyasa Yoga is creative and exploratory.

Vinyasa Yoga contains many, if not all, of the poses included in the Ashtanga Yoga series, but it does not require its students to perform them in the same sequence. For example, in Ashtanga, students of Ashtanga are not allowed to move to the next series of poses without first mastering their current one. Vinyasa Yoga breaks those rules, often including poses from various Ashtanga sequences in one class.