Say No to unhealthy eating with Yoga 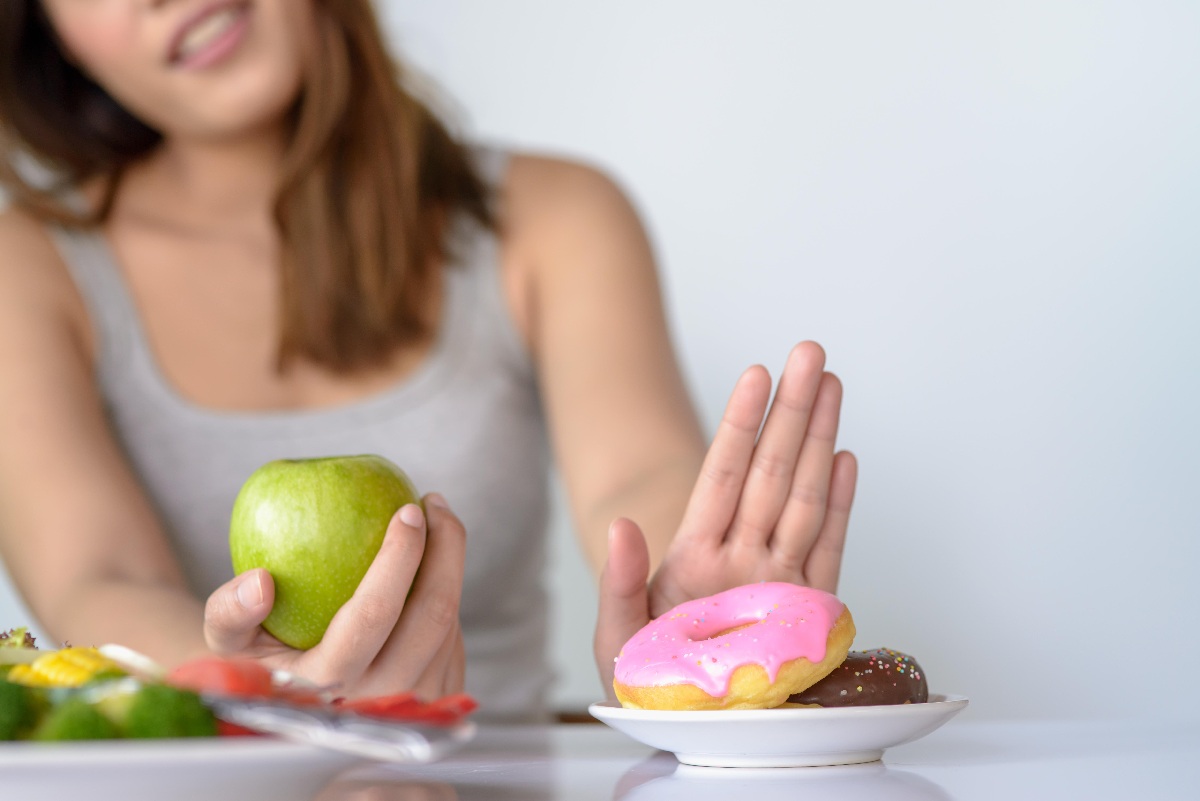 Ever had those pangs where you feel the urge to snack on something spicy or sweet? Have you been in a situation where you have just had your meal and yet crave a quick snack? You see a pack of chips, your mind tells you to stay away from those carbs, but before you can react, your hand reaches out and grabs that pack? Admit it, all of us have been there, felt that and maybe felt a little bad too? Well, it's common. It’s the act of giving in to the cravings than the craving itself, that you need to be wary of. Self-control is essential and Yoga can help you achieve it. Yes, we are serious.

When one normally thinks of Yoga, they think of all the incredible health benefits attached to it. Body toning, the increase of endurance & strength, great flexibility, calorie loss and the state of mindfulness are some of the popular yoga welfare gained through regular practice. Yoga inculcates a sense of discipline that also reflects in your other activities over a period of time. It enables one in making correct choices at the most vulnerable times. One might feel that these changes are due to external factors, but in reality, these are internal changes brought in by the practice of Yoga that makes you increasingly aware; the yogic science of gradually developed self–control is purely internal.

Practising restorative yoga helps alleviate stress hormones. It increases the level of focus in an individual, and one's response more rationally to situations to which they might otherwise react through indulge eating or via being temperamental. Yoga improves one's relationship with food, helping one make smarter & healthier choices. Daily practice makes one feel more connected to their bodies thus improving the capacity of handling random urges in a more sensible way.

Also, there are few yoga poses that can help you resist the force of untimely hunger, when it strikes:

1. Viparita Karani or the Waterfall Pose

This Yoga pose enables your body in a supported backbend position. It enables the maximum chest opening with the help of lower back support. Viparita Karani allows the easy flow of blood to the head and the heart. This pose helps one to relax during the time of having a craving and helps suppress it.

2. Balasana or The Child Pose

The child pose is a forward bend that is extremely relaxing. It is mainly done between two demanding asanas and allows an individual to catch some rest by curling up into a safe and restful position. It also creates a slight pressure on the brain as one's head is rested forward. This pose allows a flow of fluid energy and halts the signals of stress in the body, resulting in stronger self-control and to fight the urge of mindless snacking. Balasana also relieves back pain and combats fatigue.

3. Vrikshasana or The Tree Pose

Vrikshasana is a beginner level hatha yoga pose that concentrates on building mental focus and body balance. The asana resembles a posture of a tree that allows better concentration levels, thus training one mentally to focus on healthy targets and avoid the external background distractions. The asana helps in achieving end goals as it coaches the mind to not deviate. Practice the pose for at least a minute every morning with 30 seconds on each foot. To take the practice to another level try the Vrikshasana with your eyes closed.

4. Padahastasana or Hand under foot pose

Padahastasana works wonders for the body and mind. Commonly known as hand under foot pose, depending upon the level of practice, this asana can be performed with variations. While promoting flexibility, padahastasana stimulates the thyroid, endocrine and pituitary glands leading to a balance in hormones. Holding this pose for about 5-6 breaths shakes free the laziness and soreness in the body, leaving you with a brisk feeling to carry on your daily chores.

5. Setu bandhasana or the Bridge Pose

It is observed that most people sense pain and have a feeling of rigidness in their neck and shoulders under stressful situations. This asana helps release stress from the areas of the neck and shoulders. While one gets into setu bandhasana, it is important to allow a smooth flow of breathing, listen to your body and fully release into the body vibrations. The strength invested in order to maintain the pose diverts attention away from the cravings. Additionally, the pose works great on the core area and the lower body and is an effective strength building and stability-gaining exercise.

It is normal to give in to your cravings and binge or overeat, but remember everything is good as long as we have it in our control. Beyond limits even satisfying those cravings are harmful. It might result in obesity, diabetes, and other ailments. It’s always better to strike the balance! So, practise these asanas and regain control over your health! Eat healthy, stay healthy!